The Museum of Modern Art announces Film Exhibitions for february 2015 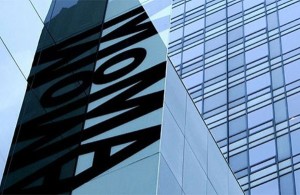 Carte Blanche: Women’s Film Preservation Fund—Women Writing the Language of Cinema
February 2–13
Established in 1995 by New York Women in Film and Television (NYWIFT) and The Museum of Modern Art, the Women’s Film Preservation Fund (WFPF) is the only program in the world exclusively dedicated to the preservation of the cultural legacy of women in the film industry. Since 1995 the WFPF has provided support for more than 100 American short and feature films. The fund’s core mission is to identify and preserve works in which the role of women was fundamental to the production; to present the preserved films in a public forum; to encourage scholarship about women in film history; and to partner with organizations demonstrating similar goals. The WFPF is especially respected at MoMA as a former Chief Curator of the Department of Film, Mary Lea Bandy (1943–2014), was a founder. In celebration of WFPF’s 20th anniversary, MoMA has invited the WFPF programming committee to select films that reflect the essential role of women in the continuing development of cinema as an art form.

Acteurism: Ginger Rogers
February 4–March 27
From her first roles as a gum-chomping chorus girl to her later appearances as a lonely, embattled career woman, Ginger Rogers embodied the wit, strength, and indomitability of the new American breed of female professional that emerged between the wars. With no formal training as a dancer, she nevertheless became half of the most famous dance team in Hollywood, responding to Fred Astaire’s strict perfectionism with a diligence and personal warmth that complemented his sometimes chilly remove. This eight-week overview of Rogers’s long career, drawn entirely from 35mm prints in MoMA’s archives, begins in media res with two of her classic partnerings with Astaire, Top Hat and Follow the Fleet, then branches out to include one of her most celebrated dramatic performances, in Stage Door, followed by the rarely seen romantic comedy Vivacious Lady.

Modern Mondays: An Evening With Barbara Moss
Monday, February 9, 7:00 p.m.
In conjunction with Carte Blanche: Women’s Film Preservation Fund, WFPF cofounder Barbara Moss discusses the unique characteristics of the WFPF, and her own work as a filmmaker.  A Crime to Fit the Punishment (1982), which Moss codirected with Stephen Mack, investigates the 1954 labor film Salt of the Earth (which is in the MoMA collection) and the attempts by Hollywood and the U.S. government to shut down its production. Following a screening of A Crime to Fit the Punishment, Barbara Moss joins Anne Morra, Associate Curator in the Department of Film, for a discussion.

Documentary Fortnight 2015
February 13–27
Documentary Fortnight: MoMA’s International Festival of Nonfiction Film and Media, founded in 2001, is an annual two-week showcase of recent documentary films that examines the relationship between contemporary art and nonfiction practices and reflects on new areas of documentary filmmaking. This year’s festival includes an international selection comprising more than 20 programs of features, shorts, and discussions. Full selection and screening information to be announced shortly.

On the Wing. 2012. Russia. Directed by Vera Myakisheva

Sylvester and the Magic Pebble. 1993. USA. Directed by Gene Deitch

Modern Mondays: The Secession Sessions—An Evening with Eric Baudelaire and Maxim Gvinjia
Monday, February 23, 7:00 p.m.
Eric Baudelaire conceived The Secession Sessions as a way to explore the idea of statehood through the prism of the “stateless state” of Abkhazia, which seceded from Georgia, in the Caucasus, during a civil war in 1992–93. The project comprises various elements taking place in several regions of the world, including Paris, Bergen, Berkeley, and New York, including regular public office hours at the Embassy of Abkhazia, created for parts of the exhibition and staffed by Maxim Gvinjia, former Foreign Minister of Abkhazia. For this Modern Mondays event, held in conjunction with Documentary Fortnight 2015 Baudelaire screens his new film, Letters to Max (2014) and discusses the issues at stake in The Secession Sessions.